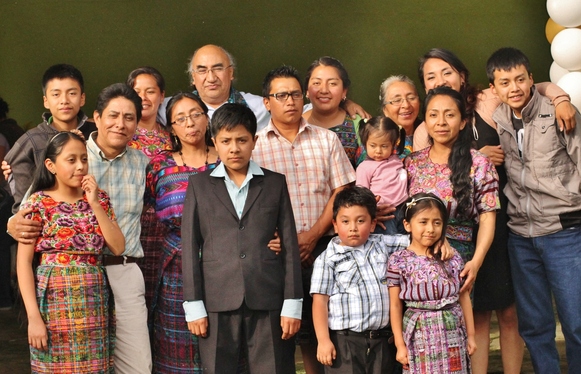 Geneva, Switzerland, MARCH 16, 2020:  The International Indian Treaty Council (IITC) is very pleased to announce that the United Nations Human Rights Council has unanimously approved the appointment of Jose Francisco “Pancho” Cali Tzay as the United Nations Special Rapporteur on the Rights of Indigenous Peoples for the next three years. The decision was made by the Council on March 13th, 2020 before the suspension of its 43rd session in Geneva, Switzerland.

Francisco Cali, a Mayan Cakchiquel from Guatemala who served for 16 years as a member of the Committee for the Elimination of Racial Discrimination (CERD), is the first Indigenous member of a UN Treaty body. He was served as CERD’s President from 2014 to 2016 and as the Chairman of CERD’s Early Warning/Urgent Action Procedure from 2017 to December 2019. He represented Indigenous Peoples at the United Nations since the early 1980’s, addressing human rights violations against the Indigenous Peoples in Guatemala and around the world. He was an active participant over many years in the Intersessional Working on Group for the UN Declaration on the Rights of Indigenous Peoples, both as a representative of the International Indian Treaty Council and delegate with the government of Guatemala.

Francisco also carried out many important roles on the National level, including as a member of the Presidential Commission Against Racism and Racial Discrimination Against Indigenous Peoples, President of the National Reparation Program for the Victims of the Internal Conflict in Guatemala, and founder and coordinator of the Indigenous Rights Programme of the Human Rights Legal Action Centre (CALDH). He served in the Human Rights head office of the Guatemala Ministry of Foreign Affairs and at present is Guatemala’s ambassador to Germany. He has been the President of IITC’s Board of Directors since 2000. He is a husband, father, grandfather as well as a traditional Indigenous farmer.

Francisco Cali will formally step into this role, established by the Human Rights Council in 2001, when the current mandate holder Ms. Victoria Tauli-Corpuz completes her second three-year term on April 31, 2020. Upon hearing of the Council’s decision, Francisco expressed his appreciation by stating, “I want to express my gratitude to the President and members of the UN Human Rights Council and to Rodolfo Stavenhagen, James Anaya and Victoria Tauli-Corpuz for their important groundbreaking work serving in this position previously. I also thank those who submitted my nomination as well as the Indigenous representative bodies and organizations, educational institutions, human rights organizations and UN Mandate holders that wrote letters of support. I am honored and humbled by their trust. I look forward to working with United Nations bodies, Indigenous Peoples and States from around the world to carry out this role.”

The UN Special Rapporteur on the Rights of Indigenous Peoples:

 Addresses specific cases of alleged violations of the rights of Indigenous Peoples through communications with Governments and others; and

 Conducts or contributes to thematic studies on topics of special importance regarding the promotion and protection of the rights of Indigenous Peoples.

The Indigenous Peoples Law and Policy Program at the University of Arizona Rogers College of Law in Tucson has offered to host him and will serve as his base for the duration of his term. He will also have offices in Guatemala and Geneva.

Contact information for Francisco Cali Tzay in this role will be provided after his term officially begins on May 1, 2020. Until then, the current Special Rapporteur can be contacted via email at indigenous@ohchr.org.